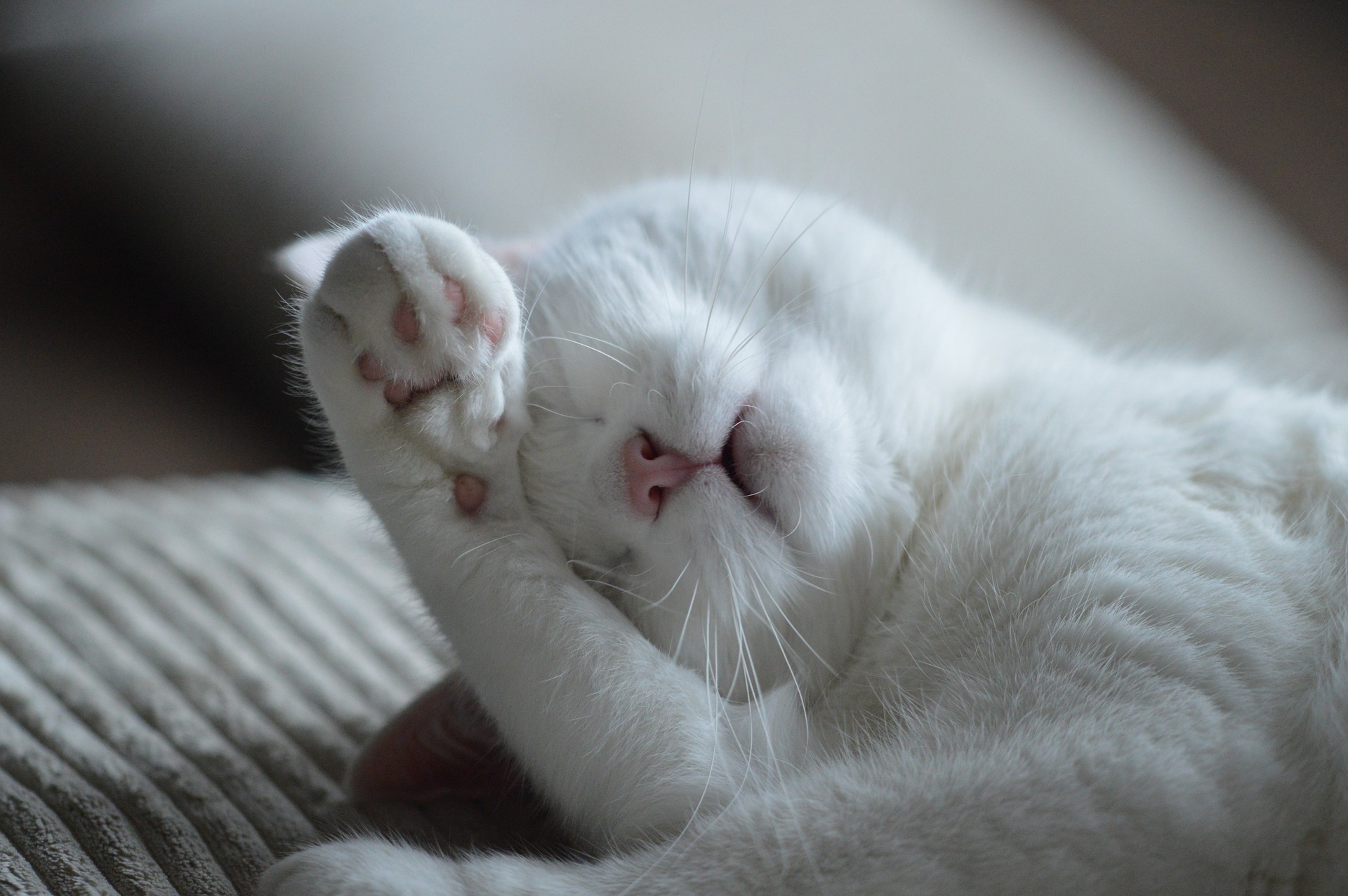 The calming effect of a weighted blanket can create a more comfortable environment for falling asleep.

This is done by imitating the feeling of being swaddled tightly in bed. The swaddling effect is a close physical connection, providing a sense of warmth and safety, making it easier for the body to relax.

A Study from Journal of Sleep Medicine & Disorders  found that a weighted blanket helped those with insomnia sleep better, due to them feeling more relaxed and settled at bedtime.

Psychology Today recently published an article in response to a radio interview being conducted in the USA regarding the benefits of weighted blankets and how it could help fight insomnia. The Psychologist talking on the subject,  Dr.John Cline, Ph.D, is a licensed psychologist, fellow of the American Academy of Sleep Medicine, and diplomate of the American Board of Sleep Medicine. He is on the professional staffs of the Sleep Disorders Centers of Connecticut; Behavioral Health Consultants, LLC; and Metta Consulting, LLC.

He referred to the study conducted in 2015 in Sweden where they used blankets that were commercially available and had previously been used with elderly individuals living in nursing homes and with patients who had autism spectrum disorders. The weighted blankets could be used with another quilt either over or under them.

Like our PrettySpecial 100% full cotton blankets, the study blankets were not thick and did not provide much additional warmth. The blankets were tested in three different weights: 6 kg, 8 kg, or 10 kg. Participants were allowed to choose their preferred weight and the most commonly chosen was the 8 kg version.

Participants had to have an existing complaint of chronic insomnia. If they were taking sleep medication immediately prior to the study they could keep taking it throughout. People with recent onset insomnia, sleep apnea, untreated metabolic disorders, and high blood pressure were excluded.

The results were quite interesting in that, on average, length of sleep was significantly increased by the use of the weighted blanket. Additionally, movement during the night was reduced with the blanket – see our recent article on RLS.

For participants already using sleeping medication, the time to fall asleep and time spent in bed were reduced when using the blanket. Sleep time was reduced and activity level was increased during the post-test period when the blankets were no longer used.

For the 20 participants who liked using the blanket:

1. Wakefulness during the night was reduced and total sleep time was increased.

2. Quality of sleep was judged to be better when using the weighted blanket.

3. In general, the blankets had a positive effect on sleep for participants with chronic insomnia, especially when they enjoyed using the blanket and if they were already taking sleeping medication.

In conclusion it was found that weighted blankets were effective in promoting quality and quantity of sleep for participants with mild to moderate insomnia who had some excessive daytime sleepiness. Thus, these blankets could be beneficial in patients with general insomnia and mild sleep problems. Physiological arousal may be reduced by the effectiveness of deep touch pressure and consistent sensory input, as provided by the weighted blanket, which facilitates relaxation into sleep.

This was seen in a reduction in nocturnal movement of participants while using the blankets. It is important to note that not everyone liked using the blankets. The mid-weight blanket was most often chosen by participants, and the positive effects only occurred while the blankets were used and not after usage had stopped. Weighted blankets may indeed be an effective, complementary, non-pharmacological intervention for patients with chronic insomnia.

If you think a PrettySpecial weighted blanket is the right choice for you and would like to try one, please feel free to contact us here.

Or simply drop us an email at info@prettyspecial.co.za

We deliver directly to your door, anywhere in South Africa. 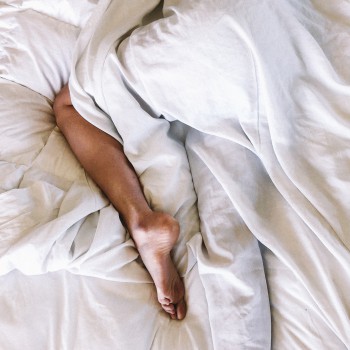 What is Restless legs syndrome?

Restless leg syndrome (RLS), is also called Willis-Ekbom Disease. It causes uncomfortable sensations in the legs and an irresistible urge to move them.

Symptoms often occur in the evening and are most severe at night when you are resting, sitting or lying in bed.  They may also occur when someone is inactive and sitting for extended periods of time, for example when flying by aeroplane  or watching a long movie. Because symptoms are most severe at night, it can become difficult to fall asleep or return to sleep after waking up.

RLS is classified as :

1. A sleep disorder – The symptoms are triggered by resting and attempting to sleep.

2. A movement disorder – People are forced to move their legs in order to relieve symptoms.

3. A neurological sensory disorder – It’s symptoms are produced from within the brain itself.

What are common signs and symptoms of restless legs?

– The irresistible urge to move – accompanied by uncomfortable sensations in their lower limbs unlike normal sensations experienced by people without the disorder.

– The sensations in the legs are often described as aching throbbing, pulling, itching, crawling, or creeping.  These sensations rarely affect the arms, the chest or head.  Although these sensations can occur on just one side of the body, both sides are often affected, and can also alternate between sides and often range in severity from uncomfortable, to irritating to painful.

In most cases, the cause is unknown, however it has a genetic component and can be found in families where the onset of symptoms is before age 40.  Other contributing factors include gene variants and low levels of iron in the brain also may be responsible for RLS.

RLS also appears to be related to these conditions:

* certain medications may aggravate RLS, such as antinausea drugs, antipsychotic drugs, antidepressants that increase serotonin and some cold and allergy medications that contain older antihistamines.

* use of alcohol, nicotine, and caffeine

* pregnancy, especially in the last trimester; in most cases, symptoms usually disappear within 4 weeks after delivery

How do weighted blankets help with Restless Leg Syndrome?

This extra weight provides Deep touch pressure, which is about gently applying pressure to the body to increase the release of serotonin, a chemical in the body that promotes relaxation.

The Deep touch stimulation may help people with restless leg syndrome both relieve their restless legs and get better quality sleep.

One of our customers in particular experienced immediate relief after using her weighted blanket:

” Not only did I find that this blanket weighed me down so I couldn’t easily move my leg around or my feet to flop around … it also helps me fall asleep faster. Now I don’t even remember how I fell asleep, mind doesn’t wander, and if it does it’s not to a negative space. I have been using it for days now, really helps “

For more information simply email us directly to info@prettyspecial.co.za

OR to order you can go to our order page. We deliver directly to your door, anywhere in South Africa. 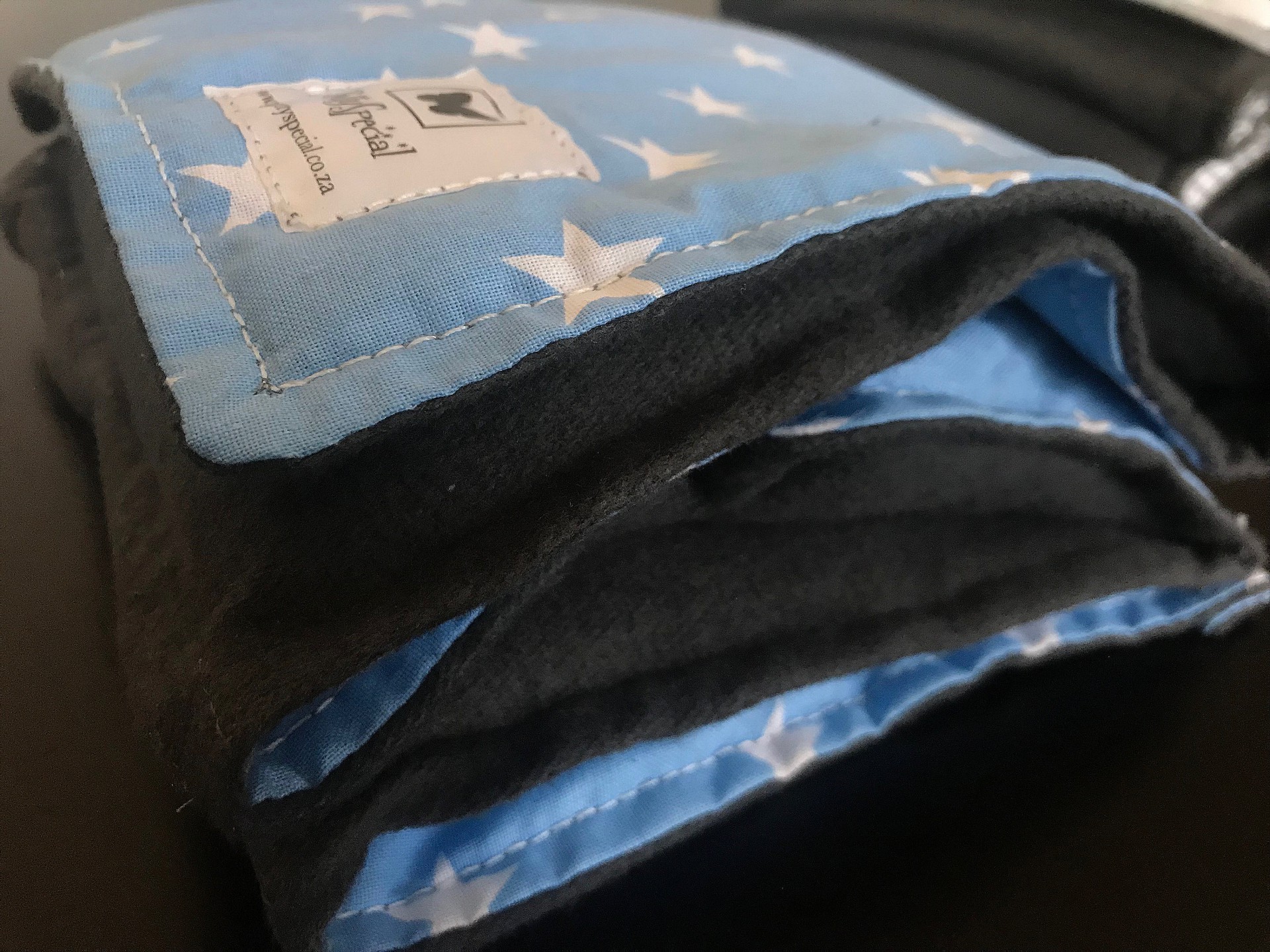 Inevitably at some point you or someone you know has had to use a heating pad or ice pack to help with some aches and pains.
Hot and cold therapy has been used for hundreds of years to help combat muscle aches and pains associated with surgeries, injuries, PMS, and even tension headaches. For years the most popular solution was electric heating pads and chemical filled ice packs.

However, a more natural solution is available, using a therapeutic rice bag or hot & cold  shoulder wrap.
Whether you need hot or cold therapy, the shoulder wrap can provide you with all the therapeutic benefits you need, without the electricity or chemicals and can be placed on any area of the body, not just the shoulders.

The PrettySpecial shoulder wrap also gives you the opportunity to add essential oils to your rice for even more therapeutic benefit.
We offer a lavender scented shoulder wrap (the lavender oil is already added inside)
Or you can choose to order the hot & cold shoulder wrap without it and add your own essential oils. There are a variety of essentials oils that can help with many of your aches and pains.

Our hot & cold therapeutic shoulder wraps are easy to use:

Simply heat it up in the microwave and place the wrap on the area of concern. The duration you warm it up for is up to you, just be careful not to over heat. We have found that 2-3 minutes of heating will give you approximately 30 minutes of heated therapy.

Want to do ice therapy instead?  No problem, place your shoulder wrap in the freezer for at least an hour then place on your area of concern.
You should receive about 20 minutes of cooled therapy.

For more information simply email us directly to info@prettyspecial.co.za

OR to order you can go to our order page. We deliver directly to your door, anywhere in South Africa.